Hello, friends! GIFs are fun. And I haven't updated in a while. I will...soon! Fun things have been happening.


- Isabela
Posted by Isabela Dos Santos at 2:22 PM No comments:

And here it is! My first-year film at CalArts, i.

I'm very proud of it, and happy to have a new film to show around. I'll be leaving it up for about a month, since these days ya can't really trust the internet with creative goods. But I hope you enjoy it and share it 'round for now, because that's what it's all about! I'm hoping to submit to several festivals, however, as well as continue making dance/animation collaborations, so this isn't the last you'll see of this. Promise!

And here are a few fun pictures of the process: 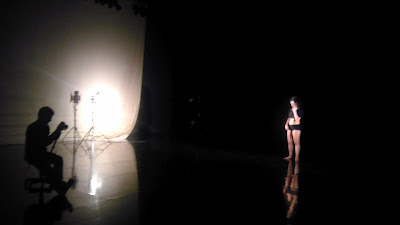 Shooting the dance sequence back in March with the lovely dancer, Yanina, and my super-helpful classmate Eben trying to work a steady cam device. (It didn't work. Thank goodness for tripods.) 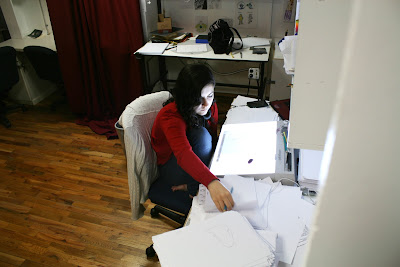 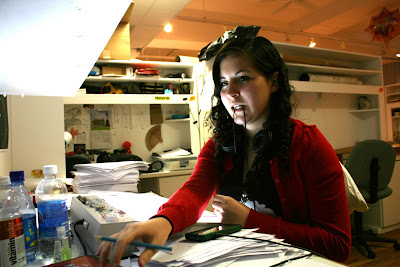 Referencing the dance footage on my computer/eating my headphones. (picture by Amanda Candler) 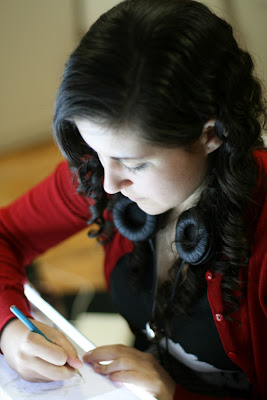 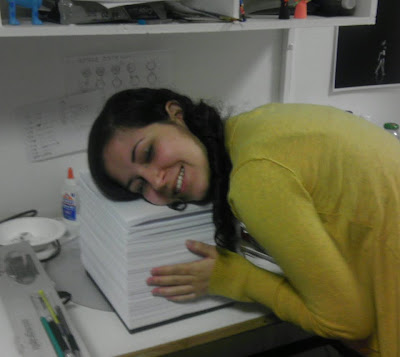 And that's that. I hope you enjoy the film!
Posted by Isabela Dos Santos at 5:31 PM No comments:

Why I'm Obsessed with Dance and Animation

*Note: This post is an assignment for my "Animation and the 'Body'" class with Maija Burnett. However, I hope you read and enjoy it regardless, because...well, just because!*

Thought of You (2010) by animator and Brigham Young University professor Ryan Woodard is in essence a very simple animation: the background is a seamless span of beige, the film’s two characters are gesture drawings, and the concept is a story of unrequited love. But as Woodward states on his website’s homepage, “A graceful moving human form can communicate more emotion than any length of dialogue.”

It's the combination of dance and animation that makes this possible for his film. This isn't necessarily a new combination of mediums, and, as it turns out, it happens rather organically. At the bottom of it, dance and animation have a wealth of qualities in common, lending to each other unique understandings of movement and motion as humans perceive and produce it--understandings of basic human bodies and experiences. From an animator's perspective, observing dance helps understand what "moving human form" even means, and how that is present in the work we make.

This is generally and universally cool, so I don't want to destroy it too much by trying to interpret his movements into written emotions. But the reaction to this is indubitable: watching the dancer move through space like that, watching his limbs wave through the air fluidly, see him defy the normal effects of gravity--you, as the viewer, feel it. In your own limbs, almost, that something beautiful is surging through another human being's limbs, and that you, too, are a human being with limbs, and that you, too, are, in some parallel universe, capable of such beauty.

Too much of a stretch?

Read more »
Posted by Isabela Dos Santos at 9:52 AM No comments:

People have begun to ask about my blog...so I figured it was time to create one.

Feel free to look around at the few pages I have up so far! For now this blog is still under construction and will be doubling as a site for my art, so things will be changing and expanding. And soon enough I'll be moving to a real website, when I have the time to do so...

I'll try to get to posting soon about what's a-happening! Thanks for checking out this corner of the interwebz. I hope you enjoy getting a peek at my art and my world. 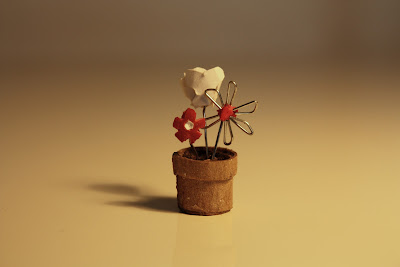 Posted by Isabela Dos Santos at 2:41 AM No comments: